CHINA AND THE MULTIPOLAR WORLD ORDER
IN THE 21st CENTURY

The Research Center in the field of International Relations, Geopolitics and Security Studies of the Faculty of Communication Sciences and International Relations continues, in the academic year 2020-2021, the series of scientific events dedicated to important events of world politics, as well as to state actors whose power and influence is making its mark on current global geopolitics. In this sense, the debate we propose on China, the country with the most dynamic economy in the world in recent decades, the state that has accumulated and continues to develop its scientific and technological potential at an impressive level, is a very good opportunity to note, on one hand, the political, economic, technological, scientific course, etc. of this country since 1949, but especially how this great state actor is positioned in the current world politics, on the other hand.

In the context in which the world has passed the unipolar era that followed the Cold War, when the multipolarity of current world politics is more and more visible, when more and more studies talk about the end of the “American century” and the entry into an “Asian century”, we believe that a debate on China is useful and necessary. In addition, we believe that the scientific seminar is an opportunity to discuss a number of issues of geopolitical and geoeconomic nature in terms of the impact that the COVID-19 pandemic has on power relations in various regions of the world, but also globally.

We would like to invite you to participate in the event! 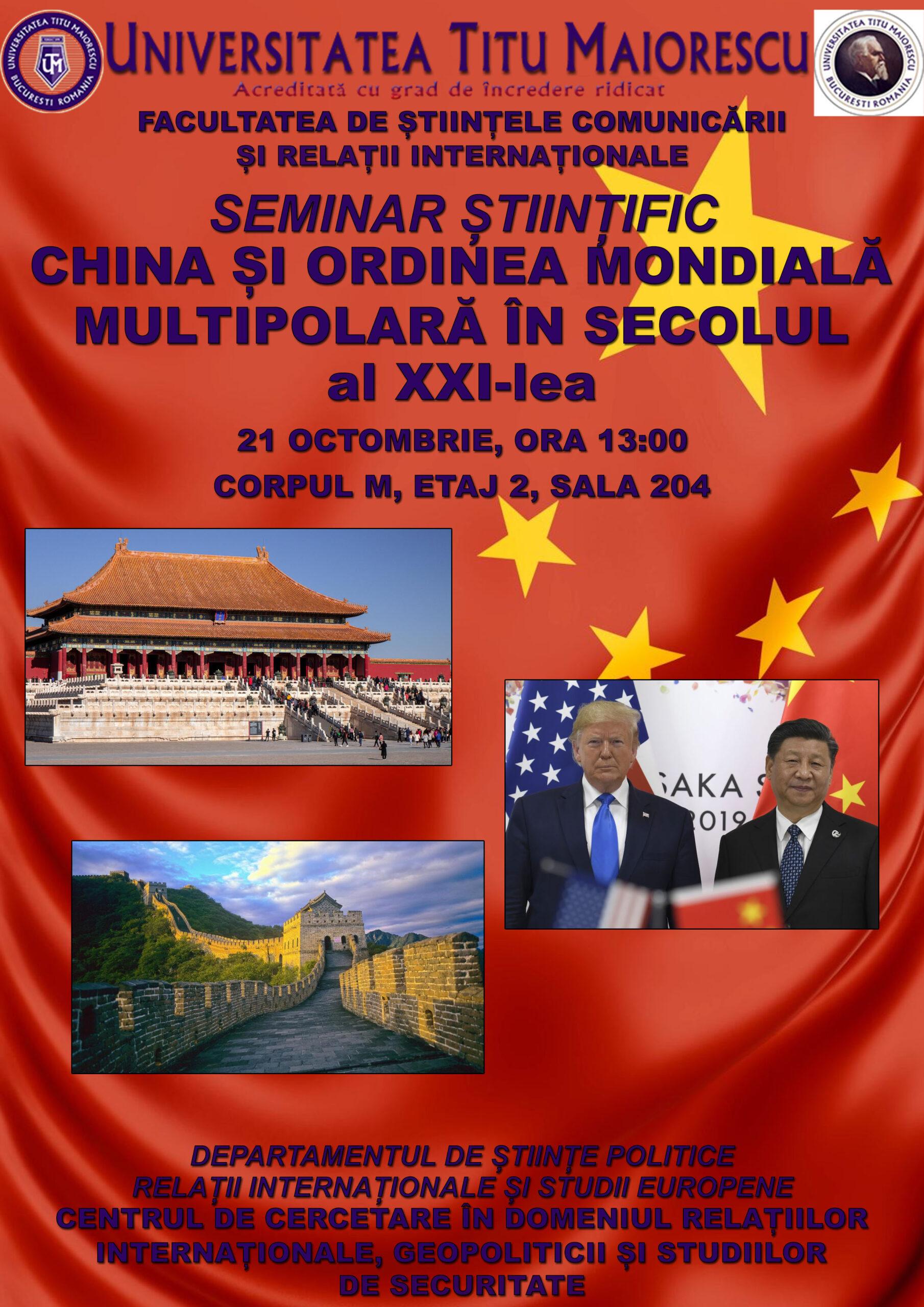 Updated Voting Lists for the Election of the Rector of Titu Maiorescu University, for the 2020-2024 Term

Draft Amendment to the Charter of Titu Maiorescu University