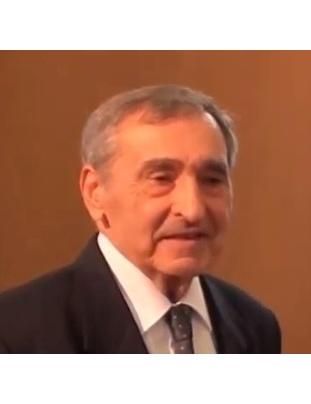 Titu Maiorescu University, Bucharest expresses its regret and sadness at the departure of Professor Emil Molcuț, an emblematic personality of Romanian university education and legal sciences.

During his career as university professor, he dedicated his entire life to teaching and to a noble mission, of high spiritual and educational vocation: to train young people in the fundamental field of Law, to train the future lawyers of the Citadel. During almost six decades of activity, Professor Emil Molcuț initiated generations of students in the universe of Roman Law and of the History of the State and Romanian Law. He was one of the great professors of Roman Law – a disciple of Professor Tomulescu, a reference name in the field -, a personality recognized in the Romanian academic space and in international academic circles. From his teaching desk, in the amphitheaters of the University of Bucharest and Titu Maiorescu University, Professor Emil Molcuț promoted book knowledge at the highest level, as a true master of law in the tradition of the great European university. Professor Emil Molcuț has created a prodigious scientific work, consisting of treatises, books, courses, studies and research, with fundamental titles in the general bibliography of law and specialized bibliographies, which recommends him as a leading author in the field.

A prominent figure of Romanian academic education, Professor Emil Molcuț had as distinct features of his personality the deep attachment to the values ​​of the classical world, academic rigor and intellectual exigency, critical spirit, moral approach to existence, through a set of fundamental ethical values. A characteristic note of his intellectual profile – by virtue of personal data, a certain type of education and attendance at prestigious spiritual models – was his openness to encyclopedic culture. In this spiritual configuration, Professor Emil Molcuț was also a man of culture, a refined lover of universal culture and Romanian culture. His knowledge branched out into several areas of the spirit, which he approached from a high academic level, as a great professor, with roots in the classical university environment, but with the living spirit, anchored in the evolutions of the present.

To Titu Maiorescu University Bucharest, Professor Emil Molcuț was one of the representative personalities, located in the academic elite of the institution. Professor at the Faculty of Law, since its establishment, he has participated, through an activity under the sign of exigency and quality, by name and prestige, in its development to the current status it enjoys: one of the best faculties of this filed in the country.

Through the departure forever of Professor Emil Molcuț, academic education and Romanian law suffer an irreparable loss. At the same time, Titu Maiorescu University loses a Great Professor, from the founders’ gallery, an authentic Maiorescian spirit, a mentor and a Master of Education, Legal Science and Spirit.

With deep sadness, the entire academic community of Titu Maiorescu University sends condolences to the grieving family and prays for the soul of the former PROFESSOR EMIL MOLCUȚ. May God rest his soul and keep him in His care!